Food, glorious food and its history at Kew

From displays of exotic edible plants to a botanical restaurant, food has featured significantly in the history of the museums at Kew.

Directly opposite the Palm House, on the other side of the pond, stands The Botanical restaurant. This building has existed as part of the gardens in various guises since 1856 and its history provides an insight into a very different side of Kew, filled with intriguing ingredients.

Built in 1856, the museum was the first purpose-made building on site at Kew. In his book The History of The Royal Botanic Gardens, Kew, Ray Desmond notes however that the building was not very well received:

It was designed by [Decimus] Burton in what Nikolaus Pevsner disparagingly described as “utilitarian minimum-classical” style.

The Gardeners’ Chronicle for 1856 was more forthright:

"Seen from the road...it is frightful, seen from the garden it is mean as well as misplaced.” Sir Joseph Paxton thought that “it resembled a third-rate lodging house."

Many visitors were members of the public who were perhaps more used to the gardens as simply a pleasant diversion and now were able to see all the ways in which plants were used for science, trade, and commerce.

Researchers and scientists also frequented the museums to find information in support of their area of study.

The first edition of the general museum guidebook contains annotations by Alexander Smith, then the Curator of the Economic Botany Collection, in which missed items or new acquisitions are included. The displays included numerous edible items such as berries, oils, nuts and teas.

Other unusual items displayed include the snake gourd, bread-fruit, types of algae and seaweed that can create gelatine and even specimens of macaroni. Dangerous foodstuffs were also included; in the image below you can see an annotation for poisoned honey from an Azalea, a type of Rhododendron.

It is interesting to note how pervasive a theme food is in the history of Kew’s museums, from these first displays of exotic edible items to the building’s current incarnation as The Botanical restaurant.

From May to November 2013 Kew held a festival called ‘Incredibles – A Voyage Through Surprising Edible Plants’ in which visitors to the gardens could learn about all the different edible plants growing at Kew.

For the festival, the pond opposite the Museum Number One building was turned into a giant fruit salad bowl, with visitors able to sail on boats shaped like melons into the centre of the pond, where they would discover a giant pineapple and a hidden banana grotto.

Today, the building stands as a reminder of the fascinating, diverse history of the gardens over the centuries.

Inside The Botanical are several displays of artefacts from the economic botany collections that connect to food and drink, reminding us of the building’s history as well as of the indispensable roles that plants play in our everyday lives.

The Botanical’s menu centres around the inclusion of herbs, plants and flowers grown and hand-picked from within the gardens, as well as locally foraged ingredients. Many ingredients will be sourced from the Kew Kitchen Garden, which in Georgian times would have provided food for the members of the royal family who lived in Kew Palace.

As well as eating the tasty produce of the kitchen garden, visitors can come to see the growing vegetables and plants and gain inspiration for growing their own incr-edibles at home. 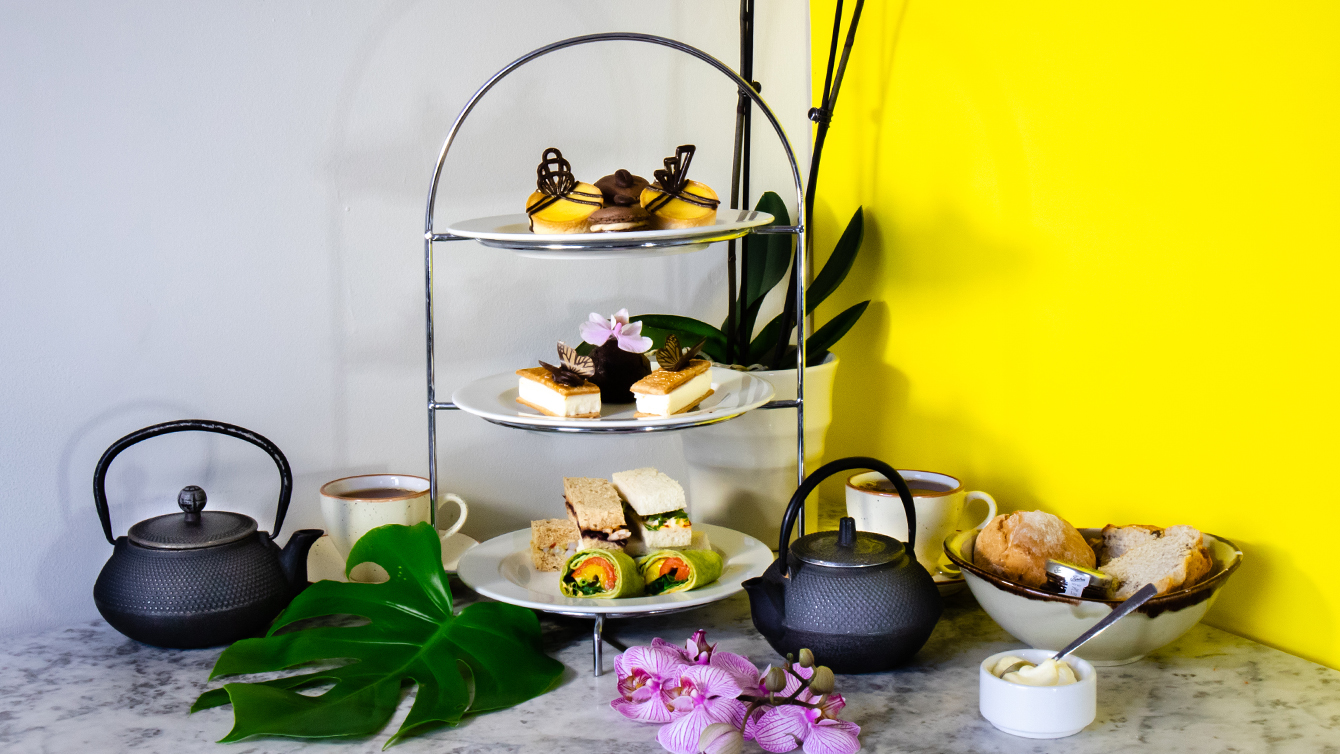 Discover the wide variety of cafés and restaurants at Kew Gardens.