Around 2,000 new plant species are discovered each year. Expert Oscar Alejandro Pérez-Escobar reveals all about the Dracula smaug orchid, a fascinating recent discovery.

Bookworms and movie buffs will know ‘Smaug’ as the fire-breathing dragon from J.R.R. Tolkien’s The Hobbit.

But did you know this fictional creature also inspired the naming of a recently discovered species of orchid?

The Dracula smaug orchid was first discovered by plant collector Mario Portilla in 2013, reportedly deep in the cloud forests of northwestern Ecuador, near the Colombian border.

At first sight, the species was thought to be similar in appearance to other members of the genus Dracula such as Dracula benedictii, Dracula pholeodytes and Dracula vinacea.

But the lip and petals, pubescent sepals, and the shape of the synsepal (the fusion of two or more sepals) of Dracula smaug, were found to be distinct from other existing species, including the heart-shaped petals.

Together with its round connate orange flowers, this previously undescribed orchid species appeared to belong to a new taxon in the genus Dracula.

In science, if something is undescribed, then it's considered undiscovered.

According to the International Code of Botanical Nomenclature, a new plant species won't be recognised as new to science unless it is named and described in a paper published in a journal that is of wide distribution.

A type specimen (an exemplar of the organism being described) also has to be properly designated.

A paper by Luis E. Baquero R. and Gary Meyer published in Orquideologia, the journal of the Colombian Orchid Society, described the Dracula smaug species for the first time.

The species was added to the International Plant Names Index (IPNI) in 2014.

Surprisingly, the genus name ‘Dracula’ has nothing to do with the infamous vampire and everything to do with dragons. The word translates to 'a little dragon' and reflects the dragon-like appearance of the flowers of the genus. Sorry Count Dracula.

The species name ‘smaug’ alludes to the fictional dragon of Middle-earth in The Hobbit. Dracula smaug is therefore a double dragon.

They are always epiphytes (living on the surface of trees but not parasitizing them) and often anchor their roots where there are plenty of mosses. They also require a specific set of temperatures and humidity – cool to warm, with high humidity.

The biggest threats to the survival of the Dracula smaug species are deforestation and selective extraction in the wild. Dracula orchids can be very expensive.

So setting up protected areas may be crucial for the conservation of Dracula smaug.

In 2014, a Dracula Reserve was set up in northwestern Ecuador by EcoMinga Foundation. Some species of Dracula currently grow on this land and will be preserved. But more research is needed to find out if Dracula smaug is growing here as well.

Dracula orchids have a fascinating and cunning way of achieving pollination.

The flower produces a fragrance to mimic the scent emitted by gilled fungi, while the lip, a very specialised organ characteristic to the orchid flower, resembles the shape of the gilled fungi.

This deception attracts fruit flies and tricks them into pollinating the orchids for sexual reproduction.

Around 2,000 new plant species are still being discovered each year. From 105-tonne trees to important new crop wild relatives, these new species could be vital for horticulture, the economy, food or medicine.

Wakehurst’s current Surviving or Thriving exhibition, based on our State of the World's Plants and Fungi reports, reveals some of the most recent and exciting new plant discoveries, including Dracula smaug itself. 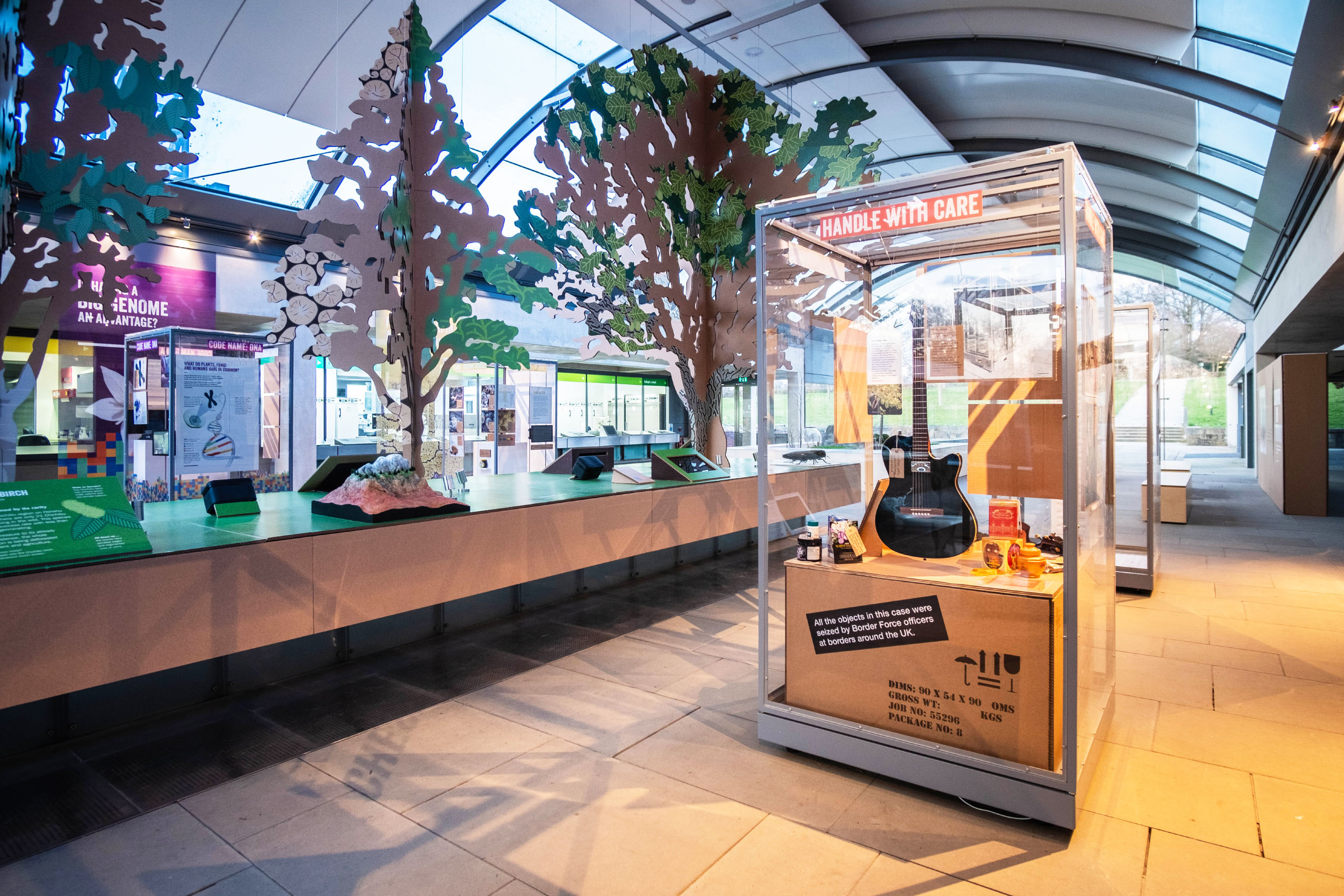 Surviving or Thriving: An exhibition on plants and us

A specially-curated exhibition about the state of the world’s plants and what this means for us, based on our pioneering annual science reports.