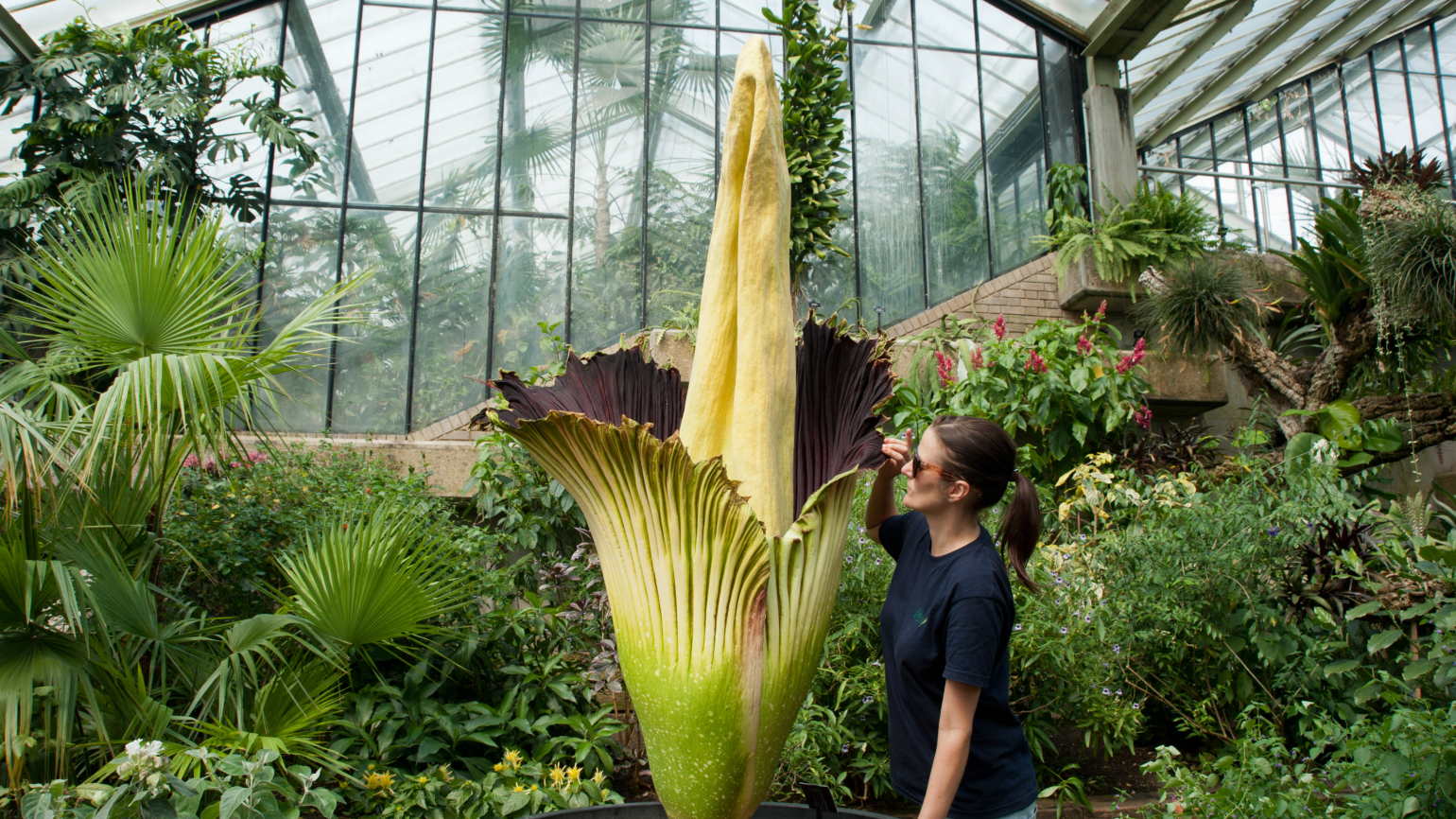 Titan arum is one of the smelliest plants on Earth.

Nicknamed the corpse flower, it has an incredibly foul smell of rotten flesh when in bloom.

This nauseating odour is produced to attract pollinators that love to feed and breed on flesh.

Titan arum only grows in the rainforests of Sumatra, but it is endangered in the wild due to deforestation and land degradation.

Titan arum flowered for the first time outside its native Sumatra here at Kew in 1889.

Titan arum’s flowers are very small and group into a massive flowering structure called an inflorescence. Its inflorescence consists of an inner flower spike, known as a spadix. The spadix is surrounded by a large petal-like collar called a spathe which is green to cream on the outside and deep burgundy on the inside, with a deeply grooved texture. The flowers are at the base of the spadix and both male and female flowers grow in the same inflorescence. Pollinated female flowers produce bright red and orange spherical fruits. After flowering, the inflorescence dies back and a single, tree-like leaf emerges. The leaf stalk is speckled with white patches and has three branches at the top, each with many large leaflets. A large underground tuber stores the food produced by the leaf in photosynthesis and provides the energy for the massive inflorescence to grow.

Titan arum is used in ornamental displays and is an incredibly popular visitor attraction at botanic gardens. 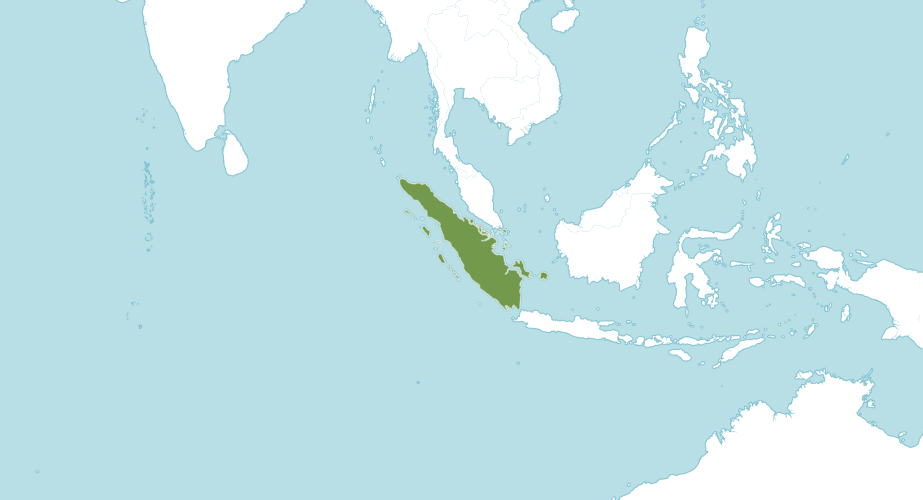 Titan arum
Native
Introduced
Find it in our gardens

Behind the scenes at Kew's Tropical Nursery and sometimes on display in the Princess of Wales Conservatory.

Titan arum is under threat in its natural habitat due to land degradation and deforestation.

Large areas of its forest habitat are logged for timber and to make room for oil palm plantations.

Botanic gardens play an important role in the ex situ conservation of this endangered plant through efforts to better understand its biology and horticultural requirements.

Here at Kew, we have found the optimum conditions to grow titan arum is in moist, humus-rich soil in warm temperatures around 22°C, at about 75% humidity.

Plants are grown in the shade and kept dry when dormant and watered when a new leaf/inflorescence begins to appear. They are fertilised regularly during the growing season.

Scientists at Kew have conducted investigations into the rancid smells produced by Amorphophallus species.

They found that the major components in these odours are the sulphur-containing compounds dimethyldisulphide and dimethyltrisulphide.

Understanding the chemical compounds behind the odours could provide clues to the pollinators of titan arum. This largely remains a mystery, but carrion beetles are likely candidates. 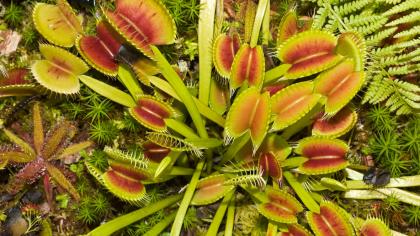 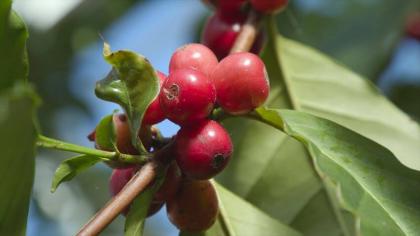 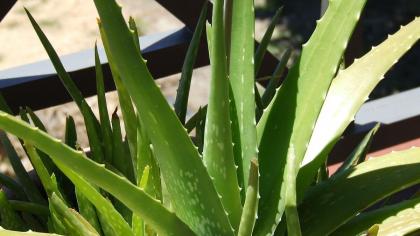