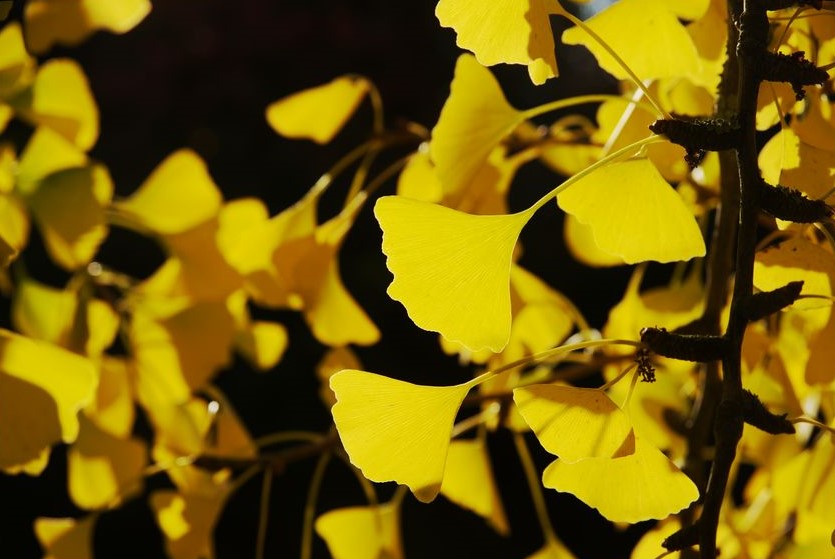 The maidenhair tree is one of the oldest living tree species in the world.

Known as a ‘living fossil’, it is the sole survivor of an ancient group of trees that outlived the dinosaurs.

Though endangered in the wild because of deforestation, the maidenhair tree is cultivated throughout the world and prized for the medicinal properties of its leaves.

The oldest recorded maidenhair tree is an incredible 3,500 years old.

The maidenhair tree is a large, deciduous tree with an irregular, spreading crown and deeply cracked, brown bark. It has fan-shaped, greenish-yellow leaves that have two or more distinct lobes. In autumn, the leaves of the maidenhair tree turn golden and fall to the ground. Whilst male trees have pollen-producing floral spikes, fertilised female trees bear round, fleshy, yellowish fruits that contain a large seed and have an unpleasant scent. It takes 20—35 years for maidenhair trees to reach maturity and start bearing fruits.

The maidenhair tree is widely grown around the world as an ornamental plant. Traditionally, trees were planted in temple gardens in Japan and China, but today they are often found in towns worldwide. Male maidenhair trees are usually chosen for cultivation as the female trees bear foul-smelling fruit.

Fruit of the maidenhair tree are a delicacy in China and called the ‘silver apricot’.

The seeds inside the fruit are eaten roasted or in birds’ nest soup. Care must be taken as the seeds can be poisonous unless thoroughly cooked.

The maidenhair tree has been used in traditional Chinese medicine for centuries. Today, it is also cultivated in China for use in Western herbal medicine.

The leaves are used to relieve Alzheimer’s disease, dementia, and vertigo.

Where in the world?

Find it in our gardens

Near the Hive, around the Bamboo Garden, and half way between the Orangery and the Princess of Wales Conservatory.

The maidenhair tree is classified as Endangered according to the IUCN Red List and has also been given a high priority conservation status by the Evolutionary Distinct and Globally Endangered (EDGE) method.

Living gymnosperms (naked-seed-bearing plants that include ginkgos, conifers, cycads, and gnetophytes) are one of the most threatened groups of living organisms on the planet, with 40% of species at high risk of extinction.

Scientists at Kew identified the most Evolutionary Distinct and Globally Endangered species of gymnosperms using the EDGE method. Species were ranked based on their evolutionary distinctiveness and the extinction risks they face according to IUCN Red List assessments.

The maidenhair tree has the second highest EDGE score on the EDGE list for gymnosperms, as it is the only member of the plant order Ginkgoales and there are only a very limited number of wild populations of maidenhair tree in China.

Here at Kew, we are carrying out conservation assessments on the maidenhair tree as part of the IUCN Red List. This will help us monitor trends in extinction risk and focus conservation efforts to where they are needed most.

Alongside our conservation efforts in science, our horticulturalists also cultivate the maidenhair tree in our Gardens. Most maidenhair trees around today are from cultivated stock.

In autumn, the seeds are collected and prepared by removing the flesh and then placed in a cold store to help them germinate. Germination usually takes eight to ten weeks when seeds are kept in a cool greenhouse (at a minimum of 5 °C) in natural light.

The seedlings are then sown into gritty compost in the spring and planted out in the Arboretum Nursery field when large enough, which is usually the following spring.

After two years the maidenhair trees can be as tall as 1.5m, at which point they are planted out into their final positions in the garden. 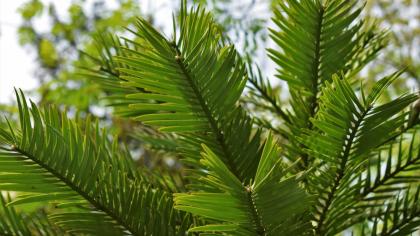 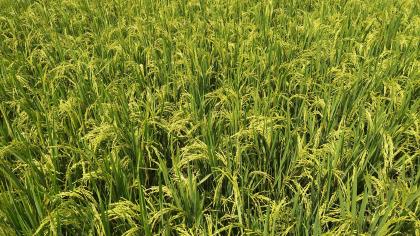 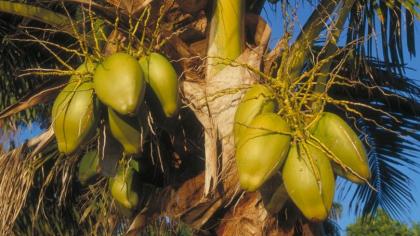 Browse our range of maidenhair tree products. Buying something from the Kew Online Shop supports our vital science work.