As Kew releases the first ever State of the World's Fungi report, Illustrations Curator Lynn Parker delves into a selection of wonderful fungi illustrations

Elsie Wakefield published around 100 papers on fungi and plant pathology and wrote two field guides on British fungi. She first came to Kew in 1910, specialising in mycology and cryptograms, rising to Head of Mycology in 1915, before becoming Deputy Keeper of the Herbarium for six years from 1945. She described and named many new species of fungi from Britain and overseas, and was also a talented illustrator, producing watercolour drawings of the species she identified. The genera Wakefieldia and Wakefieldiomycesare named in her honour. Her illustrations are kept at Kew. 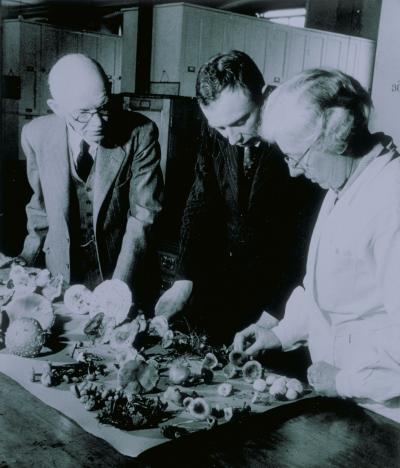 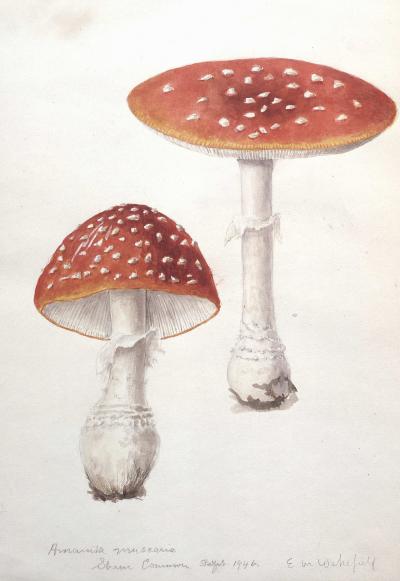 When one thinks of a toadstool, the most iconic is undoubtedly the Amanita muscaria, or fly agaric. An archetype of traditional folk-law, this red fungus with its characteristic white spots is a powerful hallucinogen, which probably accounts for this historic association with ‘faery folk’. 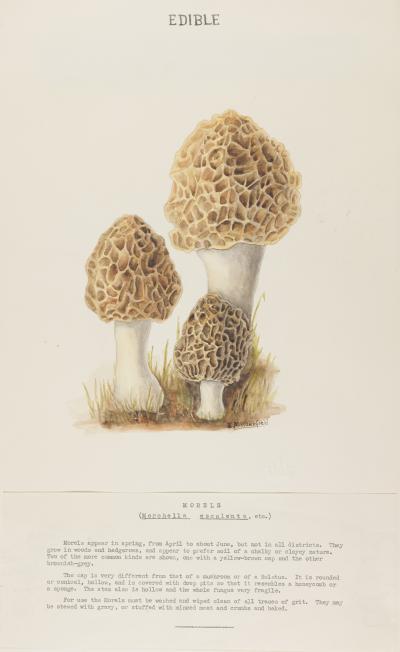 Morel mushrooms come in many sizes: some are as small as a thumbnail, others might be as big as your hand.  While they differ greatly in appearance, they all share the distinctive honeycomb outer surface that Wakefield describes in her description of this species, Morchella esculenta.

The Morel is a highly sought-after edible fungus that is used widely in cooking but should not be eaten raw, and Wakefield has even provided a couple of suggestions as to how this mushroom might be served - “stewed with gravy, or stuffed with minced meat and crumbs and baked”. Her notes reflect her interest in the whole organism, its anatomy, structure and appearance, its habit, and also its usefulness to us. 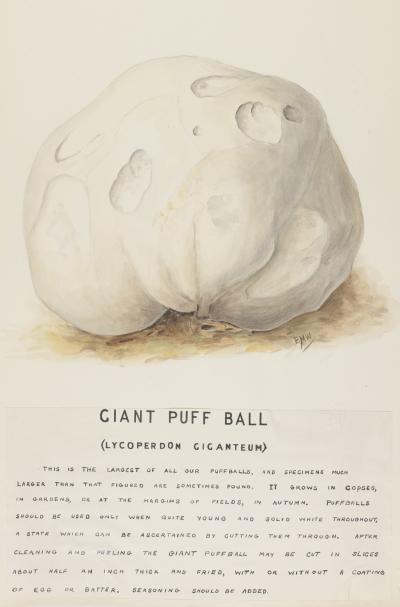 The distinctive feature of all puffballs is that they produce spores from an internal amorphous stomach-shaped fruitbody, appropriately called a gasterothecium, which emits clouds of dust-like spores upon maturation. This species of puffball is edible, as is evident from the accompanying recipe describing how best to cook this fungus. 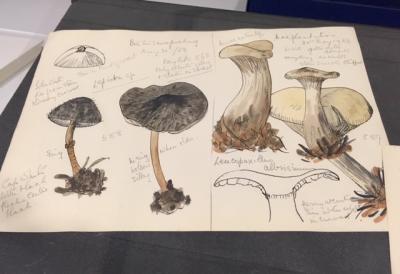 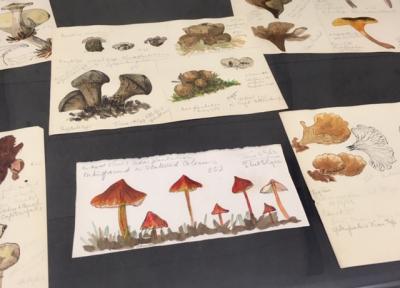 The Archives also hold papers relating to Wakefield’s mycological work during her time at Kew, and include her correspondence and notes on fungi families, species, nomenclature and arrangement. Her observations are accompanied by her own photographs and field sketches of fungi, some of which relate to her popular field guide The Observer's Book of Common Fungi (Warne, 1954), which is held in the Library here at Kew. 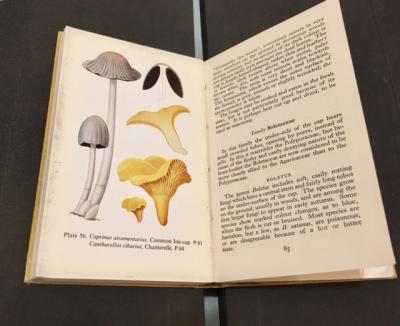 To see these and other fungal material from our collections, contact the Library, Art & Archives.