Even in the depths of the Great War, Kew continued to deal with horticultural enquiries from many quarters - even royal ones .

During research for our display, Plants, People and the Products of War: a Centenary Tribute, I’ve been looking through the Museum Letter books (held in Kew’s archive) which are an amazingly rich and varied resource. When you delve inside the volumes you find a wealth of assorted handwritten entries chronicling the correspondence received from amateurs and professionals seeking advice and information from the learned staff at Kew. From the identification of potentially toxic jam to advice on the suitability of woods for early aircraft production, the volumes are a veritable smorgasbord of information and reveal the varied nature of enquiries that were being fielded and addressed by Kew- something which remains a key feature of work here today.

Nestled in the volume dated 20 June 1916 to 2 October 1917, in an entry for 29 August 1916 (p.36, entry no.360) lies a record of a letter received from Sir George Holford broaching a 'pressing' matter on behalf of the King, George V. The original document is still kept among the Directors’ Correspondence at Kew along with the response it received. 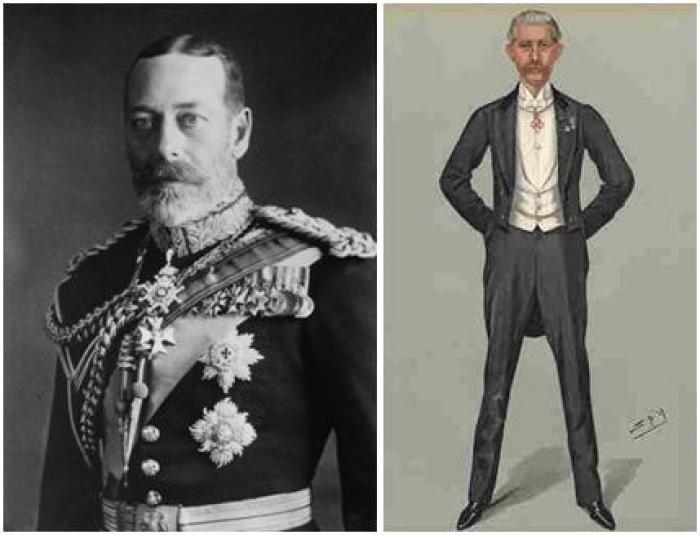 But far from addressing any such events, the letter from Holford reveals that in the face of turmoil there was and always would be a place for a far gentler, domestic horticultural query - a precursor to Gardeners Question Timebut with a distinctly royal slant! How was His Royal Highness to encourage his avocado pear to fruit?

I was lunching with the King two days ago and His Majesty was talking to me about a fruit he was very fond of, Avocado Pear (I am afraid I have spelt it wrong).

He told me that some years ago a plant was raised at Sandringham from a pip of a fruit he had sent home.

The plant is now very large and two or three years ago was moved to the houses at Windsor but Mackeller the gardener has never been able to induce a single fruit of any sort to appear on it.

I said that if fruit was to be produced in this country, Kew would know how to do it. So His Majesty told me to write to you for advice.

This my excuse for troubling you on such a matter

As ever Kew responded generously and offered practical advice to solve the King’s conundrum. By way of reassurance for Holford (and ultimately the King), they were informed that an avocado had indeed previously fruited for His Grace, the Duke of Northumberland at Syon in 1829 and that Kew had also had a successful flowering in 1851. 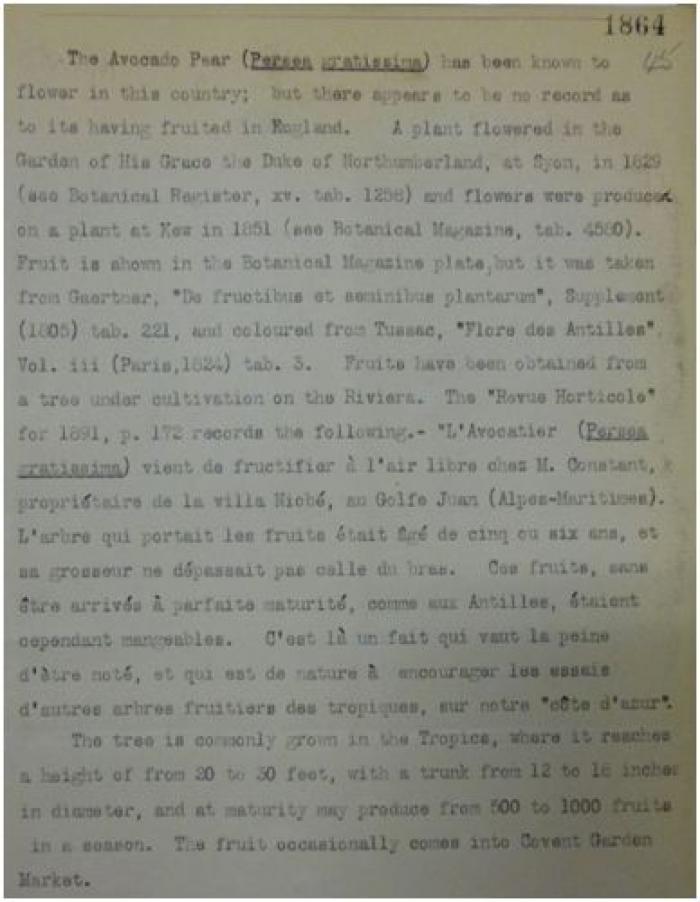 Although, unfortunately, we don’t know if there was a happy and fruitful ending to the story, this short correspondence highlights the surprising and unexpected details that can emerge when we delve into the collections at Kew. Ultimately, however, this little tale of a rather innocuous plant and the desire of others to see it grow and flourish also shows that, even in the face of war, life finds a way and hope can be propagated.