5 things you didn't know about pomegranates

Learn more about the mysterious pomegranate; an important source of food and medicine for thousands of years and the fruit of ancient myths.

The pomegranate (Punica granatum) is deeply embedded in human history.

For thousands of years, it has been a vital provider of food and medicine across different cultures and civilizations.

The genus name given to pomegranates (Punica) came from the Roman name for Carthage, an ancient city in Northern Africa

In fact, pomegranates have a native range from North East Turkey to Afghanistan

True berries are fleshy fruits that come from a single flower with one ovary and typically have several seeds.

Pomegranate fruit fall into this group.

The dry outer covering (husk) of pomegranate fruit is made up of two layers:

Did you know? Bananas, cucumbers and aubergines are also classified as berries, but strawberries and raspberries are not.

The fruit, flowers, bark, roots and leaves of pomegranates contain chemicals, such as polyphenols, that can be used to treat a number of diseases and conditions.

Ancient cultures understood the health benefits of pomegranates and used it in remedies for digestive disorders, skin disorders, and intestinal parasites, to name a few.

Modern day research has revealed that pomegranates might contribute towards preventing serious conditions such as heart disease, diabetes, and cancer.

Symbol of death and fertility

In Greek mythology, the pomegranate was known as the ‘fruit of the dead’ as it was said to have arisen from the blood of Adonis.

It also prominently featured in the myth of Hades and Persephone.

Hades, God of the underworld, used pomegranate seeds to trick Persephone into returning to the underworld for a few months of every year.

Alongside death, the pomegranate symbolised fertility in Ancient Greece and Rome.

In Ancient Rome, newlywed women wore crowns woven from pomegranate leaves, and the juice of pomegranates was used to cure infertility.

In the Quran, pomegranates grow in the Garden of Paradise and are referred to on multiple occasions as God’s good creations.

The pomegranate is also said to be found in the Garden of Eden according to Ancient Iranian Christianity and was believed to be the real forbidden fruit rather than the apple.

During the non-Christian Iranian tradition, Yalda Night, people come together on winter solstice and eat pomegranate fruit to celebrate the victory of light over darkness.

Look out for the pomegranate, a plant heavily laced in symbolic history and celebrated to this day for its many nutritious and medicinal properties, in Kew's Temperate House. Its gorgeous fruits will be on display right through summer and into spring.

You can also keep an eye out for other pomegranate varieties in the Duke's Garden at Kew. 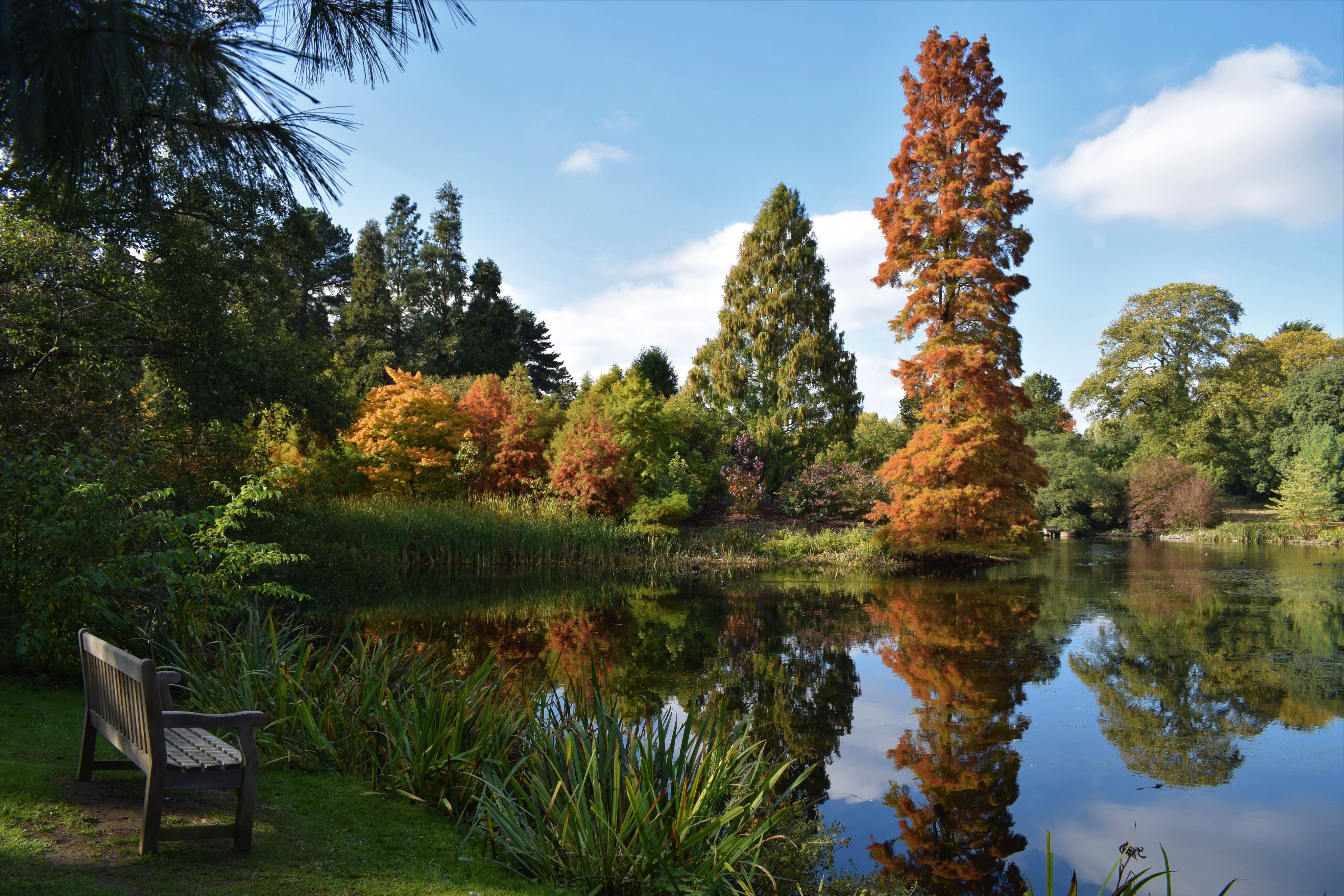 Find out how you can support us