Celebrating the Platinum Jubilee at Kew

Join us in honouring Her Majesty The Queen’s historic reign through Kew's record-breaking plant collection.

Her Majesty The Queen is the first British Monarch to celebrate a Platinum Jubilee after a remarkable 70 years of service.

Here we celebrate Her Majesty’s life and historic reign in the run up to the Platinum Jubilee with notable plants in Kew’s living collection that showcase royal tours and state visits across the globe.

Where to find Kew's notable plants

The monkey puzzle tree is an evergreen conifer native to Chile and Argentina that can live for over 1,000 years.

It is named after its sharp branches, tightly clothed with spiny leaves, that would puzzle even a monkey with the task of climbing the tree!

Monkey puzzles were first introduced to Britain in 1795 by plant collector Archibald Menzies – he planted two seedlings here at Kew, grown from large pine nuts he had been served as dessert by the Governor of Chile.

Fossilised specimens of monkey puzzle trees have been found in rocks dating back 200 million years to the Jurassic Period, when dinosaurs roamed the Earth.

This curious tree is often planted to commemorate significant events.  So, when the Queen visited Chile in 1968, she planted an Araucaria at the Prince of Wales Country Club in Santiago.

Spot one of our monkey puzzles at Kew, standing beside The Orangery. Or wander down to Bloomers Valley at Wakehurst to see an entire grove of these magnificent trees.

The maidenhair tree is one of the oldest living tree species in the world.

It's the sole survivor of an ancient group of trees that date back to before dinosaurs roamed the Earth – it’s so ancient, the species is known as a 'living fossil'.

The Ginkgo is an important symbol of longevity in Chinese culture – the oldest recorded specimen is a whopping 3,500 years old!

So, to mark Kew’s 250th anniversary in 2009, Her Majesty The Queen planted a maidenhair tree seedling near The Orangery.

One of Kew's 'Old Lions' is a maidenhair tree. It was one of the first of this species to be planted in the UK, centuries ago in 1762, and one of the few trees remaining at Kew from the original botanic garden established by Princess Augusta, the mother of King George III.

Poppies were one of the few plants to grow on the barren battlefields of the First World War, after which they quickly became a distinctive symbol of remembrance.

The idea for the remembrance poppy was inspired by John McCrae’s poem In Flander’s Fields;

‘In Flanders fields the poppies blow
Between the crosses, row on row…’

Red poppies became a symbol of remembrance in the United States at the end of the First World War. Later, the remembrance poppy became a British tradition from 11 November 1921 when the Royal British Legion held its first ‘Poppy Day’.

Today, the practice of wearing artificial poppies has been adopted in many countries on Remembrance Day (11 November), in honour and remembrance of veterans and those who have lost their lives during wars and other conflicts.

Every Remembrance Sunday, Her Majesty leads the nation in remembrance by laying a wreath at the foot of the Cenotaph war memorial in London, England.

On the beautiful islands of the Seychelles grows a legendary palm.

Coco-de-mer, or the double coconut, is renowned for producing the largest and heaviest seeds in the world.

Weighing up to 25kg and measuring up to half a metre long, these spectacular seeds are a site to behold.

The highly prized seeds can sell for £500 to £2,000 each. Unfortunately, overharvesting has meant that coco-de-mer is now listed as Endangered on the IUCN Red List of Threatened Species.

Here at Kew, our scientists are unlocking the mystery of the coco-de-mer, investigating what could have triggered the evolution of large seeds in Lodoicea, and the extreme size of the double coconut.

In 1972 the Queen visited the Seychelles, home of the coco-de-mer.

For nearly 40 years, Cayman sage was thought to be extinct — it hadn't been seen in its native Grand Cayman (part of the Cayman Islands) since 1969.

So, in 2005, conservationists commissioned local artists to create a wanted poster for the treasured plant, offering a reward of 1,000 Cayman dollars.

Almost two years later, a motorist spotted the distinctive blue flowers growing at the side of the road, and the rest is history!

But the struggle isn't over yet as Cayman sage is still critically endangered. Its seeds are safeguarded at our Millennium Seed Bank, and conserved in living collections at Kew and Queen Elizabeth II Botanic Park on Grand Cayman Island.

In 1994, Her Majesty visited the Cayman Islands as part of a Caribbean tour.

Welwitschia mirabilis is said to be one of the world's ugliest plants.

When Austrian botanist Friedrich Welwitsch first came across it in 1859, he 'could do nothing but kneel down and gaze at it, half in fear lest a touch should prove it a figment of the imagination'.

With the longest-lived leaves of any plant that capture moisture from sea fogs, and long taproots that search out any underground water, Welwitschia mirabilis is well adapted to the barren deserts along the Atlantic sea-belt of Namibia and Angola where it calls home.

Thanks to this remarkable resilience, it can survive for millennia in conditions of extreme drought.

Today, Kew scientists and partners study Welwitschia. Together, they sequenced its genome (the plant’s genetic material), unlocking a fascinating evolutionary story: Welwitschia’s genome doubled in size some 86 million years ago in response to extreme drought.

Her Majesty visited Namibia in its first year of independence in 1991.

This critically endangered orchid is one of Montserrat's two surviving endemic plant species (those that are found naturally on the island and nowhere else in the wild).

In 2006, Kew conservationists rescued several of these orchids from dead trees on the volcano-ravaged island of Montserrat. They passed them on to colleagues at the Montserrat National Trust Botanic Garden, where they are now conserved.

Two collections of seeds have since been safely stored in Kew's Millennium Seed Bank at Wakehurst.

Montserrat is a UK Overseas Territory in the Caribbean. Her Majesty visited Montserrat in 1966 as part of a month-long Caribbean tour.

We are thankful to Her Majesty for her enduring service and support over the years.

Why not follow in her footsteps and plant a tree for the jubilee as part of The Queen’s Green Canopy initiative? 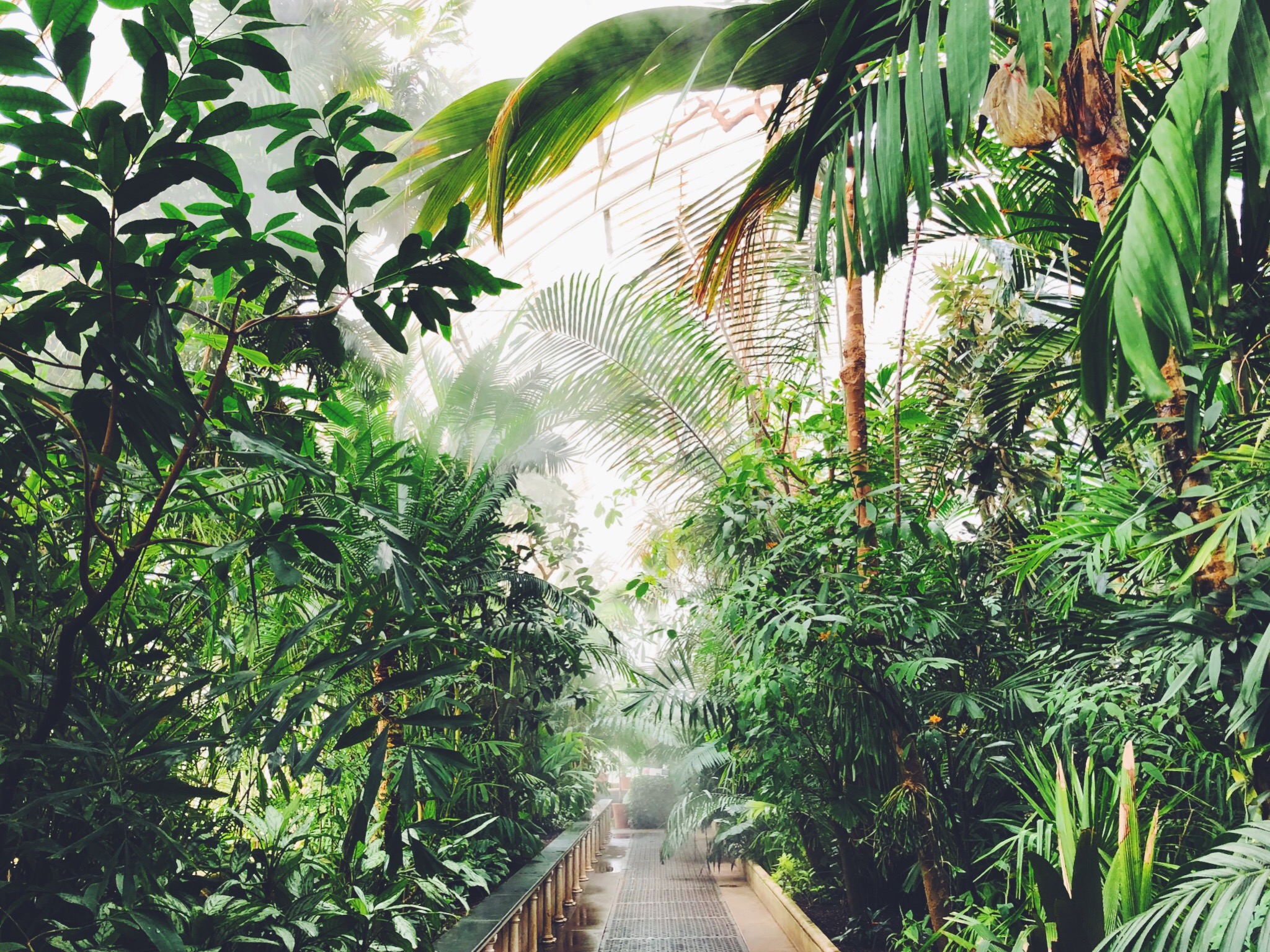 Embark on a unique journey through our world-leading plant collection to celebrate the Platinum Jubilee.