Seeds from a rare pea stored in the Millennium Seed Bank are helping to recover an area in Australia devastated by bushfires.

After months of intense bushfires that left parts of Australia ravaged, work is now underway to boost the recovery of certain habitats.

Cudlee Creek, which lies within the Mount Lofty Ranges near Adelaide, is an area home to several rare and threatened plant species but it’s also a region that was left devastated by the fires.

A total area of 23,200 hectares burned, including a number of conservation parks and private conservation reserves.

The South Australian Seed Conservation Centre has been a partner of our Millennium Seed Bank Partnership since 2003 and through them we’re helping to restore the area.

Pea seeds to the rescue

Clover glycine (Glycine latrobeana) is a rare pea endemic to south eastern Australia and is listed as nationally vulnerable.

It grows in the fertile soils found in manna gum (Eucalyptus viminalis; a favourite food for koalas) woodlands, in shady gullies and flats with many other rare herbs.

This habitat is extremely rare due to past vegetation clearance for agricultural land use. Consequently, this threatened pea plant is restricted to small isolated pockets of remnant vegetation and threatened by declared pest plants that favour this habitat, such as Montpelier broom, blackberry and three-cornered garlic.

Back in 2007, over 1000 seeds of clover glycine were collected from the Mount Lofty Ranges for long term storage in our Millennium Seed Bank.

From this collection, 250 have been taken out and sent to Australia for propagation in a seed orchard to produce seeds for banking and plants for the restoration of the Cudlee Creek fire scar.

The South Australian Seed Conservation Centre is working with ecologists from ‘Adelaide & Mt Lofty Natural Resources’ to help conserve this pea as well as a number of other threatened species in the region.

This reserve is part owned by a volunteer with the South Australian Seed Conservation Centre, Kieran Brewer, who has assisted with several threatened species collections over the past sixteen years.

Many of Kieran’s threatened flora seed collections are partly stored at the Millennium Seed Bank.

There is a large spatial variation in the heat impact of intense bushfires. For large plant populations there is usually enough capacity for a population to recolonise from pockets of plants surviving in refugia, or zones less impacted by temperature extremes.

There are many other threatened plants species that were already being monitored by the South Australian Seed Conservation Centre that now lie within the Cudlee Creek fire scar.

This includes a small remnant population of the Mt Lofty Leafy Greenhood (Pterostylis cucullata ssp. sylviola), a plant in the orchid family.

This vulnerable population is made up of fewer than 50 plants restricted to a ~15m2 area.

The fire response of this species is unknown so the team at the South Australian Seed Conservation Centre will be monitoring the population in hope of recovery.

Luckily, however, in November 2019, just four weeks before the bushfires, a total of 70,000 seeds had been collected.

The aim was to propagate plants for a recovery project in the future using symbiotic in vitro propagation (the mycorrhizal fungus was isolated in 2019).

It’s therefore now likely that this work will be brought forward to this year with seeds expected to be duplicated and secured in our Millennium Seed Bank by next year. 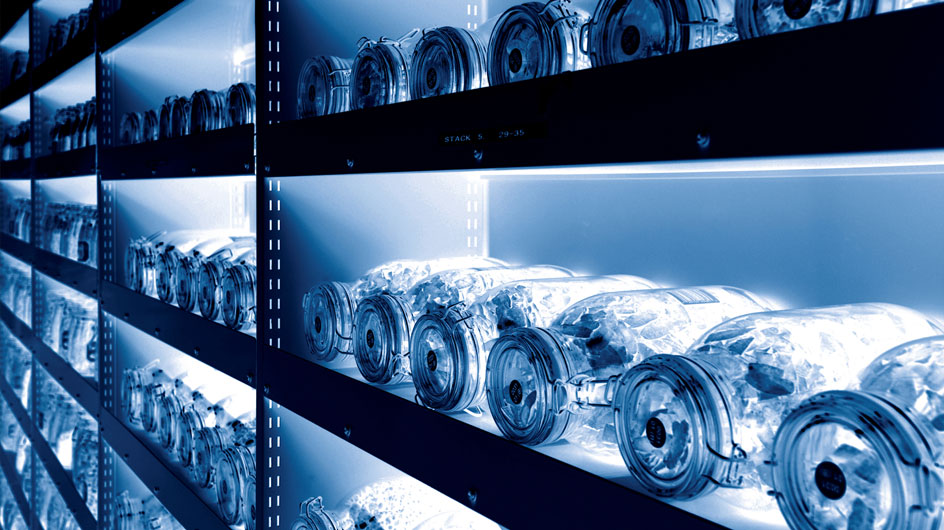