Native orchids to improve connectivity between people and nature

With people more disconnected than ever from the natural world around them, we look to India where one plant family holds the potential for change.

The reach of orchids as charismatic plants

Orchidaceae is the second largest flowering plant family with more species under threat than any other plant group. Though popular in gardens and homes, many orchids are not known to people as they are found in the wilderness of rainforests or other unique ecosystems, mainly in biodiversity hotspot countries.

Despite their obscurity, most tropical orchids are attractive enough to grab people’s interest. Can they be used to connect more people with nature? Can orchids carry the flag for wider plant conservation initiatives, especially in biodiversity hotspot countries?

Global urbanisation is one of the major drivers of biodiversity loss, especially in developing countries. India, for example, will likely have added 416 million urban people to its growing population by 2050.

The southwest Indian state of Kerala covers just 1% of the country, and yet is home to about 25% of Indian endemic orchids, making it an orchid hotspot.

Connecting people with nature can bring benefits to society hand-in-hand with improving biodiversity, and so orchid conservation may well have a unique role to play in the era of unprecedented biodiversity loss.

I recently visited the Fairchild Botanic Garden (FBG) in the United States to learn about the ‘Million Orchid Project’, which aims to produce and plant one million orchids in the South Florida areas. This project is at the halfway mark, according to Dr Jason Downing, leader of the initiative at FGB. I set out to understand how they successfully produced so many orchids and planted them in an urban landscape with the help of school children and older adult volunteers. The ingenious ways they used to display epiphytes (plants that grow on other plants) on a diverse support system was inspiring.

Networking and development of orchid-enhanced landscapes in urban areas

As in many Indian states, Kerala is undergoing a major road building programme that may last the next two decades. There are several native orchid species, each numbering in their thousands that have colonised the trees along road verges. These are under serious threat of clearing due to widening of roads.

Recent events of flood and unseasonal weather patterns in the state have exacerbated the situation in other orchid habitats. However, there is only limited data available on the status of many threatened species in Kerala and the Western Ghats region, a biodiversity hotspot which lies on the eastern side of Kerala.

With the support of the Royal Society’s International Exchanges grant, I visited Kerala to assemble a diverse group of partners and stakeholders that would be essential to develop a project of this kind. The University of Kerala’s Department of Botany, Biodiversity Conservation Centre, and JN Tropical Botanic Gardens and Research Institute are the selected partners, and Kerala’s Ministry of Tourism is a major stakeholder.

Work began recently on November 1, with the pilot planting of nearly 1000 mature orchids saved from road verges, at the iconic Kanakakunnu Palace, built 150 years ago in the capital city, Thiruvananthapuram. These rescued orchids were planted onto diverse species of trees and palms with the help of local university students.

Kerala, known as “God’s Own Country”, is one of the most visited states in India by both domestic and foreign tourists. In time, we hope that the outcomes of proposed project will have additional benefits to society, such as further improving tourism to the state.

How do we grow the plants in such numbers?

Once established, orchids can be left alone to let nature takes its course. Sharing the story of orchid conservation and connecting plants with people for their psychological wellbeing can inspire people to protect orchids and other plant groups.

Wider plant conservation needs charismatic plant groups like orchids as they can carry the flag, especially in biodiversity hotspot countries. More than twenty species of orchids based on their conservation status and ability to attract people’s attention have been shortlisted so far. The aim is to plant more than 100,000 orchids on trees using plants rescued from roadside verges and in vitro grown seedlings.

Successfully establishing plants in urban landscapes offers opportunities to study how orchids originating from different altitudes behave in terms of recruitment of mycorrhizal fungi (fungi that help plants collect nutrients from their environment in exchange for resources) from host trees, climate resilience, flowering, seed set and general growth compared to plants in the wild.

A major study can also be conducted to understand the relationship between blooming orchids and the psychological wellbeing of people. The benefits of such a project, once proven, could be extended to conserve threatened non-orchid native plants, and improve the connectedness of people with the native biodiversity.

For rapidly growing and developing countries like India and for other countries, especially island countries blessed with orchid biodiversity, this type of project has enormous potential to improve both conservation and tourism opportunities. Stay tuned for more. 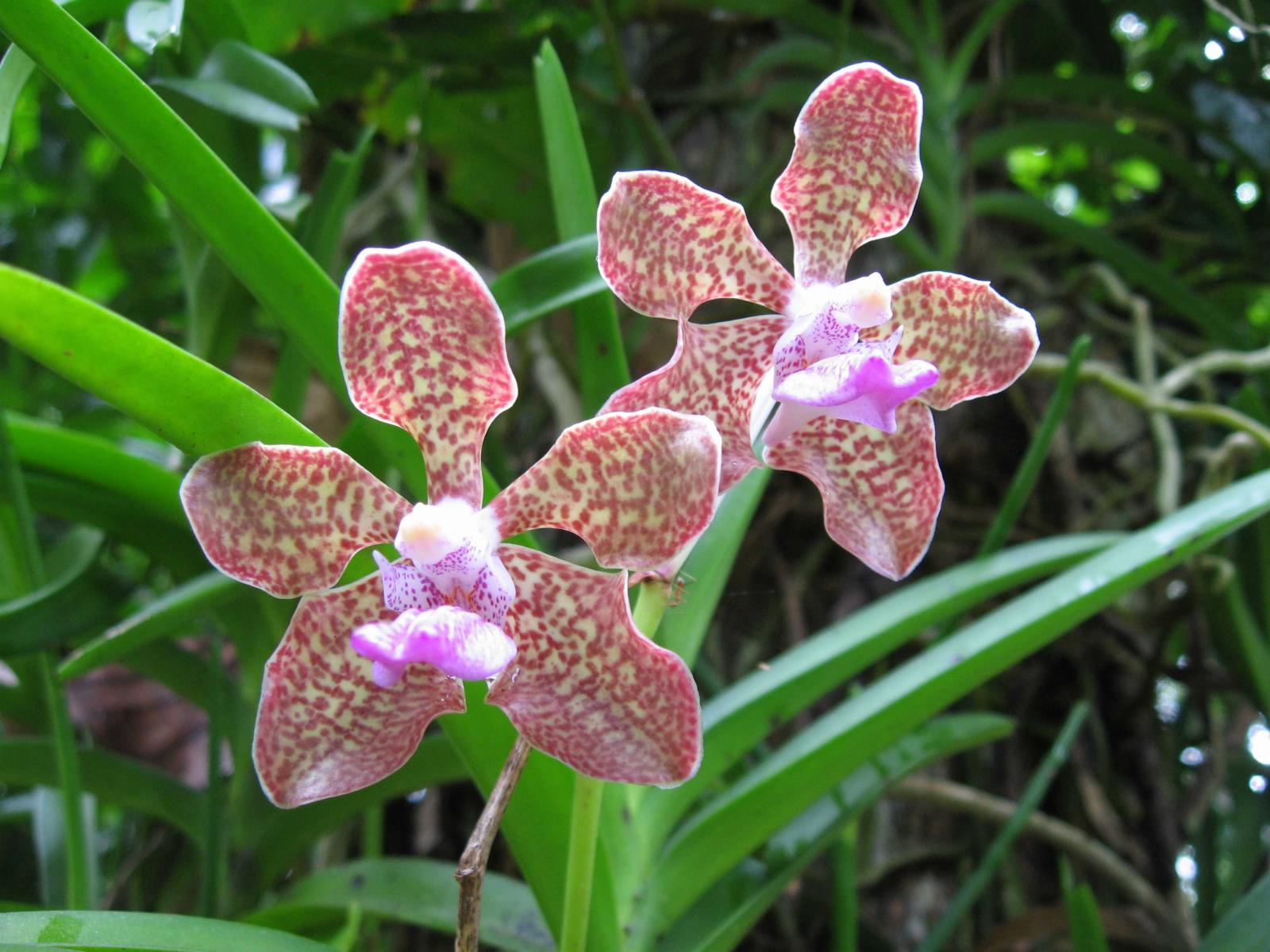 featuring the biodiversity of South Asia