Find out how scientists are discovering how much carbon is stored underground at Wakehurst as part of the Landscape Ecology Programme.

Nature Unlocked research is underway at Wakehurst, as Kew scientists use our diverse habitats to investigate solutions to climate change and biodiversity loss.

Through the carbon strand of this research, we’re combining baseline data of carbon sequestration across Wakehurst. Our scientists are researching where and how carbon is stored across our 535 acres, both above and below ground, looking at the different habitats that play a vital role.

Gary explained, “Soil stores more carbon than the atmosphere and vegetation combined, and this is where we can find the most dynamic flux of carbon. We now need to manage our ecosystem assets to reduce the flux of carbon dioxide and other greenhouse gases.”

Gary told us, “I’ve always been passionate about finding solutions to climate change, and after taking a sabbatical to complete another master's degree, I landed on the topic of soil functioning.”

Gary completed his PhD and is an expert on the cycling of carbon and nutrients in soils bringing his knowledge to the vital carbon research at Wakehurst for Nature Unlocked. He added, “What I enjoy most about this research is all the different factors that affect how soil functions. There is so much to consider and investigating this is very interesting.”

With many questions to tackle, Gary has set out on the task of exploring how gas fluxes can provide answers to increasing carbon stored in soils and their wider ecosystems.

With Wakehurst’s 216 hectares at their doorstep, our scientists have identified four key habitats to use as their research sites, which are all subject to the same climate here in Sussex. The first site set up is Coronation Meadow, an extensively managed habitat at Wakehurst. Gary explained, “Botanically rich, with no fertilizer amendments, an older meadow like this is likely to have a good build-up of carbon over time.”

This will be compared with the coniferous plantation of Norway and Sitka spruces on Forest Ridge, broadleaf habitats within the Wakehurst & Chidingly Woods Site of Special Scientific Interest (SSSI), and Wakehurst’s Pearcelands Wood. For the latter, hazel trees are coppiced on a seven-year rotation, and Gary has placed the monitoring kit in the two-year-old area, which will not be disturbed for another five years.

Across these different sites, Gary has installed permanent gas flux monitoring chambers, which measure the release of carbon dioxide from the soil.

Gary explained, “The ‘lid’ of the machine rotates to sit on the soil collar above a designated area of ground, creating a chamber. I’ve programmed these machines to measure the soil respiration rate within this enclosed chamber for two minutes, every half hour.

This is done by emitting infrared light, within the analyser, that is absorbed by CO2 as it is released, enabling the volume of gas to be measured.

Together with opaque chambers (as shown above), Gary has placed a clear chamber at each site. Clear chambers allow photosynthesis to take place when measuring the gas flux, as vegetation in the chamber is not blocked from the sun. The purpose of these clear chambers is to measure carbon dioxide released from the soil through respiration, as well as what is being absorbed through photosynthesis.

Alongside the gas flux monitoring chamber is an underground soil moisture probe and a Photosynthetically Active Radiation (PAR) light sensor. The light sensor measures the portion of the light spectrum available to plants for photosynthesis. A small weather station is also nearby, keeping track of relative humidity and light.

This piece of kit, shown below, called a ‘Ladybird’, recorded 40.4 degrees Celsius on the UK’s hottest day in July!

The data collected by the chambers, sensors and probes is recorded in a piece of kit known as a Multiplexer, housed within a log store. The whole set up is powered by a photovoltaic panel.

In order to understand carbon storage across Wakehurst, gas flux data will be combined with data recorded by our Spatial Analysis and Mycology research teams. The Spatial Analysis data is being gathered by LiDAR scanners, multispectral sensors and drones. Here, habitats will be scanned vertically and from above to create a 3D model of their biomass, Kew’s mycologists are taking soil samples to investigate carbon within soils and biomass underground.

Gary explained, “with data from above, below ground, and measurement of greenhouse gases, we’ll be able to answer key questions on how different ecosystems store carbon and change the volume of greenhouse gases released from soils. This data will then be published and shared with key policymakers.”

By comparing data across different habitats, our scientists will be able to assess which ecosystems offer the most benefits in terms of carbon storage, but also biodiversity across the UK.

The possibilities are endless

This groundbreaking research is just beginning, with an exciting future ahead for our scientists.

Scientists at Kew will measure how carbon within various ecosystems changes over time. Sensors will remain in the landscape for the next few years to build a full picture of what is going on.

Gary is keen to expand the study to other areas, explaining, “we need to take this research to areas outside of Wakehurst, under different management conditions, such as an improved grassland so we have a comparison with Coronation Meadow. I have a mobile monitoring greenhouse gas analyser, so I’ll be identifying suitable areas and taking the research off-site!”

With an interest in the nitrogen cycle, Gary is also keen to explore the movement of other greenhouse gases, including nitrous oxide and methane.

“We may find that one type of habitat, although sequestering more carbon, in fact has a higher flux of other harmful gases. It’s important that we create a natural balance, whilst encouraging biodiversity” he said.

Over the next few years, our Nature Unlocked programme will continue to evolve, uncovering new questions and answers. Our scientists will unearth the secrets that Wakehurst’s stunning landscapes hold, exploring how we can become stewards for nature to combat the challenges it faces. 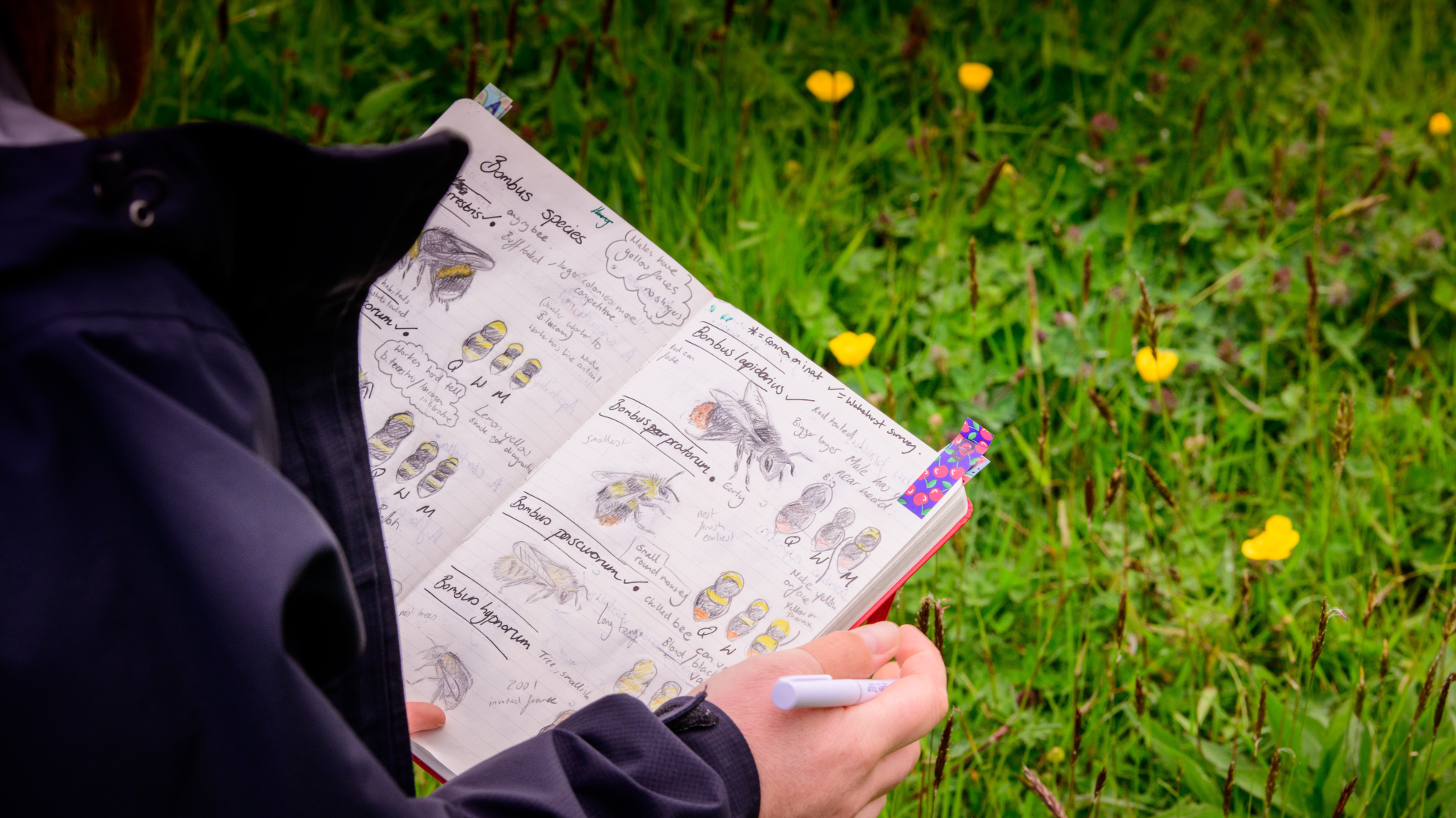 The Landscape Ecology Programme at Wakehurst: researching the value of UK biodiversity to inform nature-based solutions to critical challenges such as climate change and food security.