The birds in our gardens

Kew Gardens and Wakehurst are alive with a diverse range of incredible birds.

From small feathery blue tits to tall wading birds, Wakehurst and Kew Gardens are home to a rich variety of bird life.

Birds are important players in ecosystems. They spread seeds, control pest numbers, and help to keep habitats in balance.

We round up our favourite feathered friends who live, eat and nest in the gardens.

You're probably familiar with the 'tap, tap, tap' you can hear while walking in woodland. This is the telltale noise of a great spotted woodpecker (Dendrocopos major).

Woodpeckers use their powerful beaks to drum into trees. They create holes for nesting and to find tasty grubs, which they snatch out of bark with their long tongues.

Bones in the woodpeckers' skulls have adapted to absorb the shock of repeated impact with the tree.

Green woodpeckers (Picus viridis) can also be seen in the gardens. As their name suggests, they have bright green feathers, a flash of yellow tail feathers and red feathers on their heads.

These green birds love ants which make up most of their diet, and you can often see them hopping on lawns in search of them.

These small birds are often seen amongst the leaves of trees in our woodland areas, like Kew's Natural Area and Wakehurst's Bethlehem Wood.

They have a taste for seeds, nuts, and insects. They're very agile and can often be seen hanging upside down on branches, where they feed on insects hidden in bark or on the undersides of leaves.

You can tell these birds apart by the plumage. As their name suggests, blue tits (Cyanistes caeruleus) have colourful blue and yellow markings. Great tits (Parus major) have yellow chests with black stripes, and marsh tits (Poecile palustris) are brown with glossy black feather 'caps'.

With their pink feathers, black tails and bright blue stripes of plumage, these colourful birds are distinctive inhabitants of UK woodlands.

Jays (Garrulus glandarius) are members of the crow family, and like to eat caterpillars, beetles and acorns.

They have loud, screeching calls so you're likely to hear a jay before you see it.

They are often hopping around on the ground as they forage for acorns, which they hide as a food supply in winter.

Jays play a part in oak tree seed dispersal, as new oak trees grow from acorns they bury and forget to go back for.

Wakehurst is home to three species of owl.

They are a silent nocturnal hunters thanks to their fluffy wings which help them fly quietly and swoop down on unsuspecting mice and voles.

They have broad, rounded wings which allow them to glide silently, making them stealthy predators.

The third owl species living in our landscape is the little owl (Athene noctua). These cute birds grow to just 20cm in height and are the smallest owls in the UK.

They like to perch on fences or posts so they can scan the ground for their prey, which are mostly small mammals, reptiles and amphibians like frogs.

Owls are able to look behind them by turning their heads 270°. This is because their eyes can't move in their sockets so they have to turn their heads instead.

They wading birds are large and long-legged, with spear-like beaks. They can grow up to 94cm with an average wing span of 1.8m.

They feed mainly on fish but will also eat amphibians, rodents, and small birds like ducklings.

They're often seen around water, including lakes, rivers and estuaries, where they can be spotted standing still by the waterside as they hunt. Sometimes they even visit gardens with ornamental fish for an easy feast.

Kingfishers (Alcedo atthis) are brightly coloured with orange and green feathers, and a flash of electric blue on their backs.

They're found near lakes, rivers and canals and like to fish at Wakehurst's Loder Valley Nature Reserve. They can be tricky to spot, but listen out for their distinctive "peep peep" call which can give away their position.

They have long, dagger-like beaks, and can usually be seen perched by the waterside.

From their perches they can spot fish in the water below, which they will dive at, grab, and swallow whole. They are quick fliers and can dive up to speeds of 25mph.

When you're next at Kew or Wakehurst, see if you can spot some of our feathered friends. 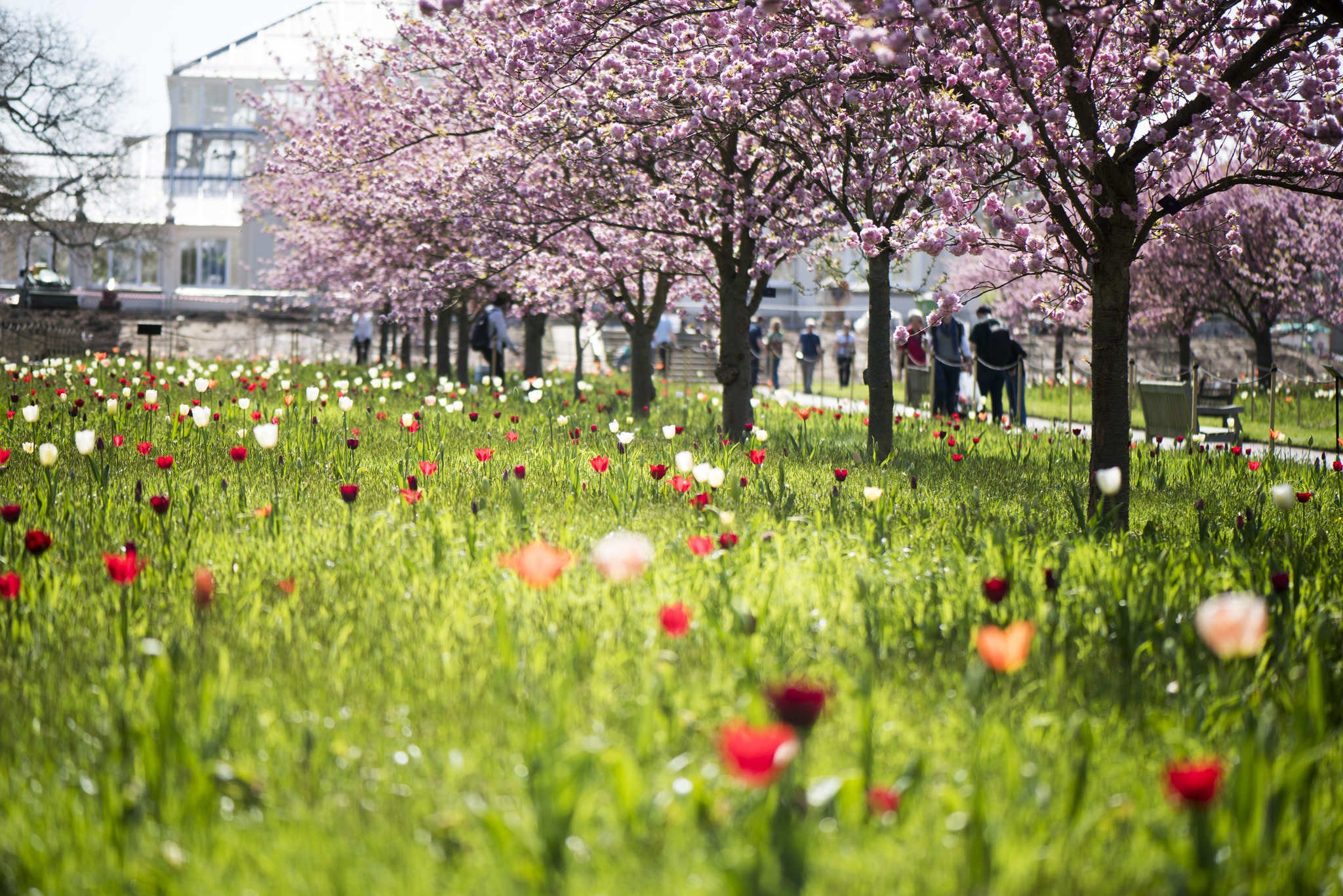 Visit the gardens from your sofa.