Best things to do at Wakehurst this spring

Enjoy these fantastic seasonal highlights at our wild botanic garden this spring.

By Katie Avis-Riordan and Grace Brewer

Our gardens in Sussex are bursting with new life, vibrant colours and stunning blossoms in springtime.

So pull on your walking boots and come explore our bluebell woods, enjoy some Easter family fun and see beautiful spring colour.

Stroll among a sea of bluebells

Surround yourself with bluebell beauty this spring as you wander through our wild woodlands.

The stunning spectacle of these UK native wildflowers is best in April and May, with great swathes of blossoming English bluebells (Hyacinthoides non-scripta) carpeting the woodland floors.

Spending most of the year as bulbs underground, the delicate bell-shaped violet-blue flowers emerge in spring.

Reconnect with nature or channel your creativity this spring by joining one of our workshops.

Unwind from the stresses of everyday life at one of our forest bathing days, surrounded by the natural beauty of our woodlands, or enjoy a rare glimpse of badgers after dark.

Take your pick from our range of fun short courses.

Blooming throughout March and April, our rhododendrons colour the spring landscape, from pretty pink to ravishing red.

Head to Westwood Valley and the Himalayan Glade for the best floral shows.

Rhododendron mallotum is one of our rare Rhododendron species, growing near the viewpoint over Westwood Valley.

Found in the wild around the border of China and Myanmar, the crimson-flowered plant is considered Endangered on the IUCN Red List.

Walking down Westwood Valley keep your eyes peeled for the beautiful Rhododendron arboreum.

This species, which produces red, pink or white flowers, holds the Guinness World Record for the world’s largest Rhododendron at 20m tall, recorded in India.

During the Great Storm of 1987 our large rhododendrons growing in the Asian Heath Garden were swept away by hurricane-force winds. This led to us planting high elevation Rhododendron species that are more resilient, and can tolerate sun and exposed conditions.

From bright yellows to soft pinks, our gardens are overflowing with springtime colour.

Spot the daffodils on the lawns near the Mansion, crocuses across the gardens and butter-yellow cowslips around the Millennium Seed Bank.

Look out for the showstopping pink magnolia blossoms in the woodlands of Westwood Valley and Horsebridge Wood.

Explore with your family

With more than 500 acres of gardens, woodlands and a nature reserve, there are plenty of things to do with kids at Wakehurst.

Seek out the natural play spaces dotted across the gardens, including woven willow tunnels, a labyrinth and the daring log trail Tree Trunk Trek.

The best bit is children (16 and under) are welcomed into the gardens for free!

Now the weather is getting warmer, it's the perfect time to enjoy a picnic in our gardens.

Grab delicious takeaway drinks and treats from our café and pop-up stalls at the Carriage Ring.

Or why not bring your own picnic? Find the best al fresco spot across our landscape – we just ask you not to eat on the Mansion lawns. 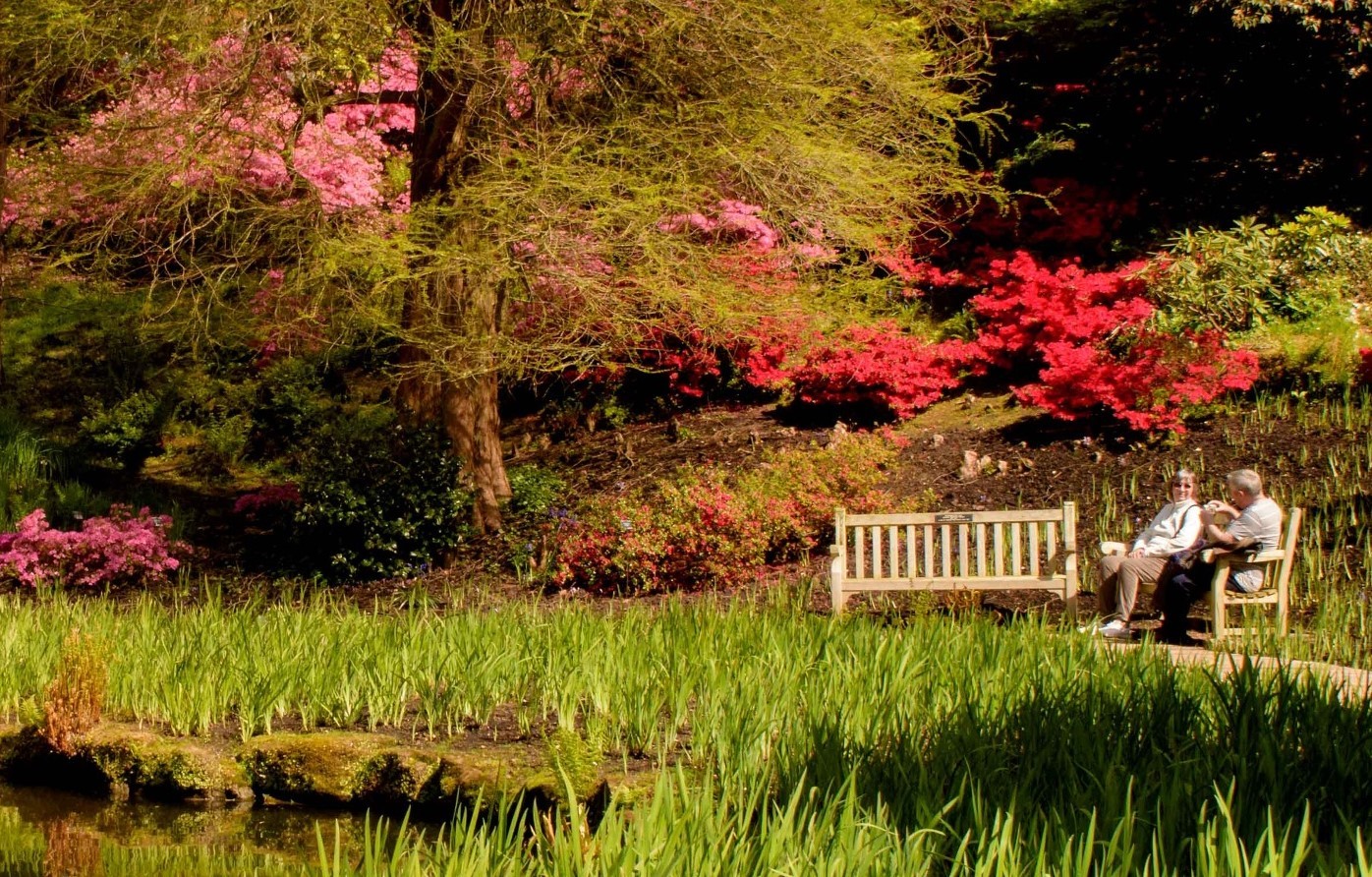 Explore our wild botanic garden and see the spectacular blooms on display.