Kew Gardens: The Shirley Sherwood Gallery, including the Naturally Brilliant Colour exhibition, is closed for essential maintenance until further notice. We apologise for any inconvenience caused.

Things you should know about bamboo

A favourite with pandas, bamboo is one of the most versatile plants in the world.

From panda food to furniture, bamboo (Bambusoideae) is a resilient plant with many different uses.

Bamboos are a group of woody plants in the grass family Poaceae. Although they're grasses, some bamboos are so large they resemble trees.

Find out more about these incredible plants.

Pandas wouldn't survive without bamboos, as it makes up 99% of their diets.

They live mainly in the forests of southwest China, where they munch on bamboo leaves, shoots and stems all day, every day.

The nutritional value of bamboo plants is low so they have to eat 12–38 kg per day to get all the nutrients they need.

They also choose the best bamboo variety according to the season. They forage for bamboo shoots and leaves at certain times of year when the plants are richer in nutrients like nitrogen and calcium.

In the 1970s and 1980s, Kew supplied bamboo canes to London Zoo when pandas were housed there. Our horticulturalists also advised zoo staff on the correct bamboos to use in the panda enclosures.

Bamboo are the fastest growing woody plants in the world

Bamboo plants are speedy growers and in the right conditions some species can grow an incredible 1 metre in 24 hours.

Bamboos are hardy plants, and aren't usually bothered by pests and diseases.

They prefer well-drained soil and are likely to rot if the soil is too wet. Bamboos grow well in moist, humid air, and in the wild are often found hanging over rivers and streams.

Bamboo is an economically important plant

From furniture to fabric, bamboo plants are used for many different things we use in our day-to-day lives.

It has been used for thousands of years in China as a building material, in clothing and musical instruments. Before the invention of paper, strips of bamboo plants were used as a writing material and to make books.

It is still a popular building material to this day due to its flexibility and is used to build bridges, housing, scaffolding and flooring.

It can even be made into fabric. The plants are crushed, broken down using natural enzymes, and then the fibres are combed out and spun into yarn.

Eating bamboo plants isn't just for pandas, as bamboo shoots are edible and are used in traditional Japanese, Chinese and Indonesian cooking.

Bamboos are hard to identify and name correctly. Identification is important to make sure supply chains are transparent and to ensure bamboo is coming from sustainable sources.

Kew has worked with the International Bamboo and Rattan Organisation (INBAR) to publish the World Checklist and Atlas of Bamboos and Rattans. The list included many species that were simply not known before.

Everyone working with bamboos and rattans will now be able to find the correct plant name quickly and easily, and confirm where the plants grow.

We have one of the largest bamboo collections in the UK

Our Bamboo Garden houses 130 bamboo species from China, Japan, the Himalaya and Americas, making it one of the largest collections in the UK.

Our displays are arranged by appearance to highlight different textures and leaf shapes.

The first bamboo plant to arrive at Kew was Phyllostachys nigra (black bamboo), in 1826.

The Bamboo Garden was planted in 1891 to house our growing collection. The chosen site was a disused gravel pit, used to dig the gravel for our paths around the Gardens.

Highlights of the Bamboo Garden include the striking yellow Chusquea from South America, which has solid, hollow canes.

You might see dragonflies and damselflies which often fly through the bamboo foliage, and look out for birds as they like to shelter in the dense undergrowth.

The 19th century movement of plants

The 19th century saw a national obsession with plant hunting, which introduced exotic plants to our shores and benefited our gardens at home.

Plant hunters scoured Chinese and Japanese landscapes for plants that would do well in the British climate.

At that time, people had no idea whether the collected bamboos were resilient enough to grow in Britain. They sent them to different locations to test their hardiness, including Kew Gardens.

Although the bounty of 19th century plant hunters benefited our gardens at home, they thought very little about the impact plant collecting had on the origin country.

Expeditions to bring home exotic flora were intertwined with British imperialism and the expanding power of European empires.

As a botanical garden and scientific institution, we have benefited from this movement of plants. We were beacons of discovery and science; but also beacons of privilege and exploitation.

Today, we are working to decolonise our collections and revisit them with a new perspective. 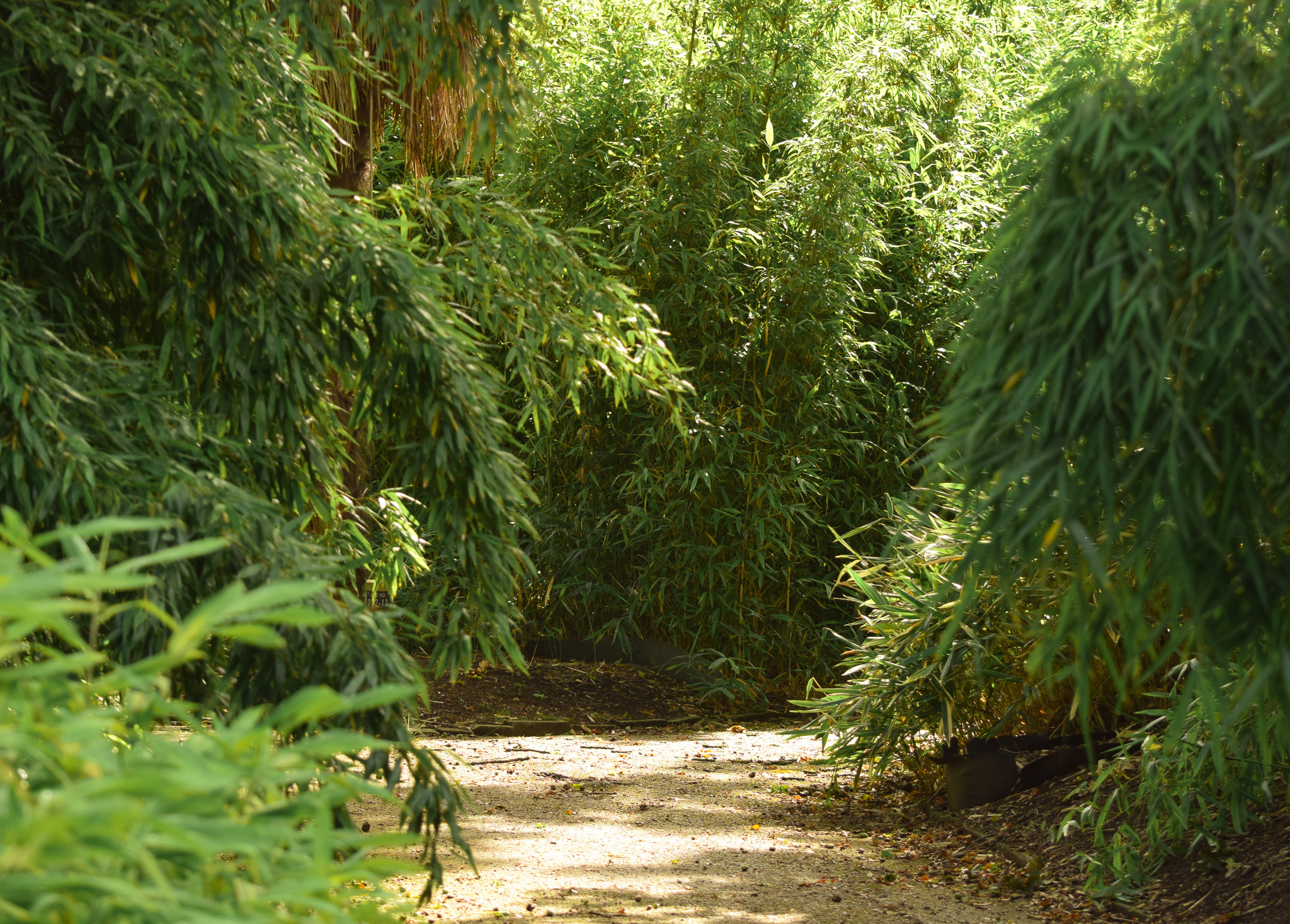 More about the garden